Agile software development is as much about delivering digital products with speed and precision as it is about the whole process being adaptable when, say, new information or data surfaces. It’s designed to be a highly iterative process that often requires software developers to employ creative, out-of-the-box problem-solving. And that—as many developers and their team leads will tell you—is easier said than done.

While Agile speaks to an overall philosophy (or set of principles) around how best to deliver digital products, Scrum is a facet of the Agile framework that outlines a specific methodology for delivery. Over time, practitioners have debated whether Scrum is as effective or as necessary as it first seemed. The honest answer is: it depends. There’s certainly a reason why Scrum has been one of the most popular methods for keeping development teams on task but, like anything else, you may find that in some scenarios you need to adapt the process to your current circumstances.

Let’s explore some ideal, and not-so-ideal, uses for Scrum.

What is Scrum in Software Development?

Scrum—which borrows its name from Rugby’s ‘scrummage’—puts the philosophy of Agile Software Development into practice. Scrums define a series of tasks that product teams must complete within a set period of time (known as sprints). Each sprint is typically between two to four weeks long.

Throughout the process, teams will commit to daily Scrums: short status meetings where team members share updates on their progress and note any blockers. The entire process is usually overseen by a Scrum Master who’s responsible for ensuring that all the various tasks in the sprint are being completed on time and up to standard.

Want to learn more about the basics of Scrum? Check out this blog to learn about starting a Scrum team, without any chaos.

It gives developers a better balance between autonomy and collaboration

A natural point of friction when it comes to teamwork is that it’s not always easy to get the time you need to do independent, heads-down work. This is especially true for developers whose work relies on them to be both creative and technical all at once. Daily scrum meetings help mitigate that by giving team members regular opportunities to communicate and collaborate, while also allowing each person time to complete their assigned tasks.

It leads to results, fast

The fact that the average sprint is about two to four weeks long highlights the fast-paced nature of the process. However, Scrum provides more structure and helps lend greater predictability to work that can often be highly unpredictable. Daily scrums provide teams with opportunities to surface issues earlier on in the process so that roadblocks can be squashed sooner than later. Meanwhile, Scrum burndown charts can help teams get the predictability they need by providing snapshot of current progress so that they can ensure that they’re on schedule. All of this leads to faster, and often better, outcomes.

It reduces redundancies and streamlines inefficiencies

When working within Scrums, team members often have greater clarity and transparency around their specific tasks and problem sets. Regular status meetings help to keep each person accountable while also highlighting when different people’s work may converge or potentially impact one another. Again, the idea is to give developers individual autonomy to create and contribute, while reducing common group work-related problems, like two people accidentally tackling the same issue.

Limitations of Scrum: When to Rethink (or Adapt) the Process

Agile purists may tell you that these methodologies ought to be followed to the letter. Then there are those who believe that the whole point of agile is that it provides teams with a flexible framework for adapting to change quickly. Whether that change comes from external sources, such as customer feedback, or is internally driven, such as when team members move to a different project or leave the company.

All that said, there are some scenarios where the Scrum method might not be as efficient. Some common examples include:

As you can see, these are all vastly different scenarios. This doesn’t mean that Scrum won’t work at all, just that you may need to adjust your process. Sometimes Scrum may work at the beginning of a project as a way of getting the team acclimated, but depending on the scope and the size of the work, you may need to tweak things as circumstances change or new information comes to light.

Just remember that while your goal may stay the same, your plans for getting there may necessarily need to change. This is when your creative problem-solving skills will come in especially handy. Fortunately, development teams are excellent at expecting the unexpected.

Interested in learning more tips and tricks to supercharge your team’s productivity? Check out our Focused Teams eBook, a deep dive into keeping your team focused and on track, even when working remotely. 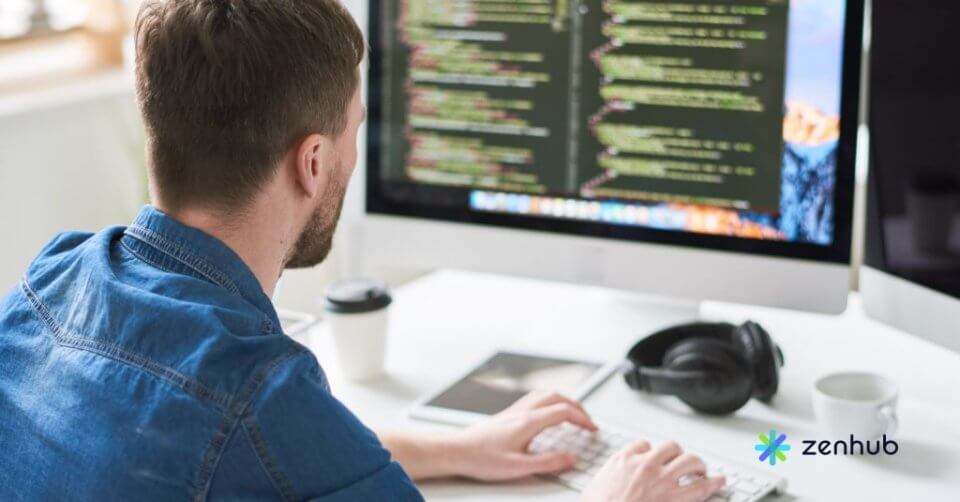